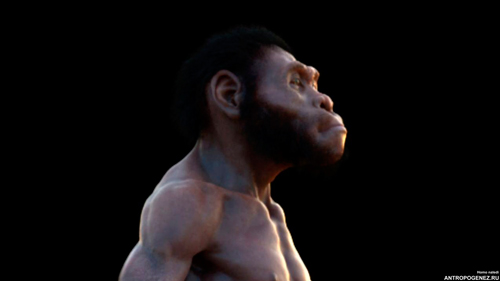 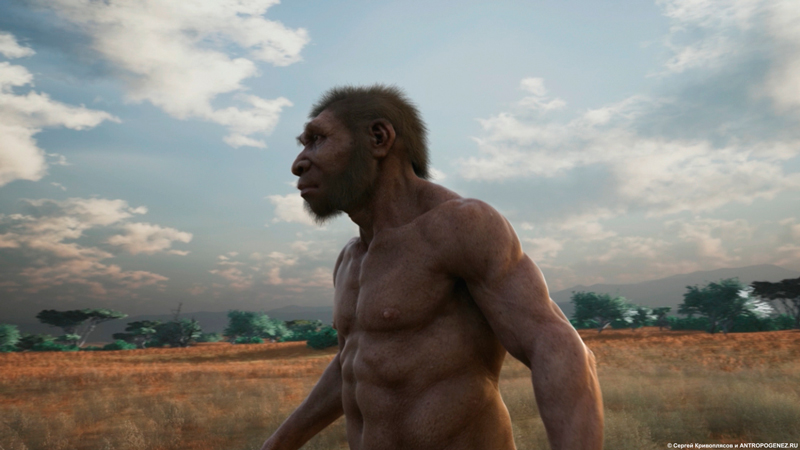 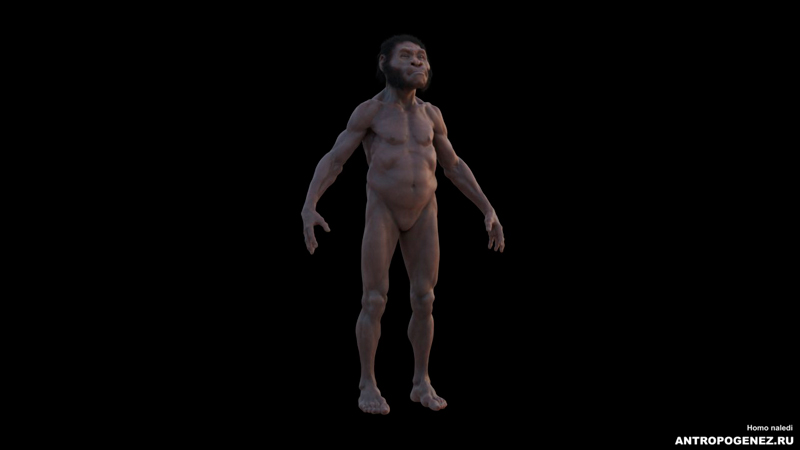 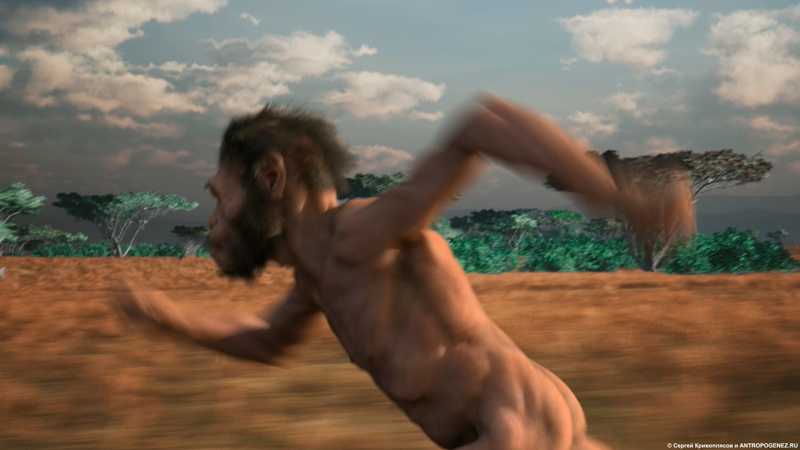 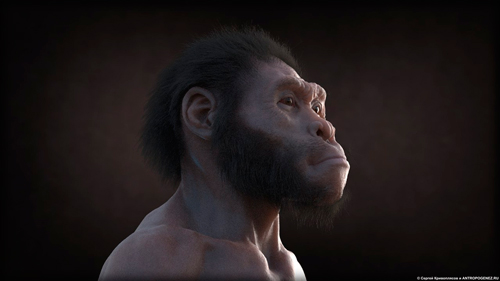 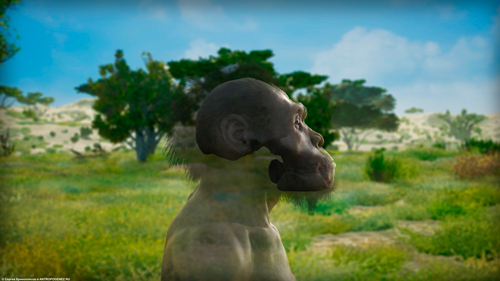 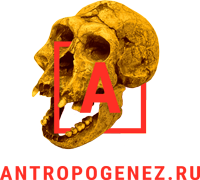 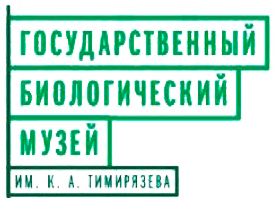 At the beginning of the XXI century some of the scientists thought that everything was already known and there were no white spots on our family tree. How wrong they were! In 2004 on the island of Flores anthropologists discovered hobbits. After 11 years in South Africa, a new encounter with the world of legends occurred: cave burial of mysterious ancient people was found.

Findings in the South African cave, Rising Star, shocked everyone. Deep under the ground in a hidden chamber on the floor were laying the remains of 15 amazing creatures - short, with small brain similar in structure to both apes and humans. Creatures very similar to first humans - Homo habilis, who lived about 2 million years ago - still have had many unique features and therefore were described as a new species of Homo naledi.

Scientists were even more surprised, when strange bones were managed to be dated. It turned out that the creatures from Raising Star walked in Africa "only" 300 thousand years ago. But in fact at that time the immediate ancestors of Homo sapiens were already very near - people who are quite similar to us tall and large-headed.

How strange human beings managed to survive for hundreds of thousands of years? Why did they die? How did their remains got into the chamber, into which one can squeeze only through a trough with a diameter of 20 cm? Did naledi meet other representatives of the human race? Scientists have to find answers to these questions. Russian specialists on the initiative of ANTROPOGENEZ.RU in cooperation with the State Biology Museum made reconstruction of Homo naledi appearance.

For the reconstruction was used a cast of a skull donated to the Russian re-enactors by naledi discoverer and paleoanthropologist Lee Berger. Richard Dawkins, himself, left his autograph on this cast during his visit to St. Petersburg.

Wellcome to the Missing Link's Day!

Audience will be able to look into the eyes of the ancient hominid, travel to the past and present on the historic meeting of our ancestor with mysterious cavemen.

On April 22nd audience for the first time will see:


- scientific reconstruction of the Homo naledi's head, developed according to the most modern methods by highly skilled anthropologists (A method developed by Mikhail Gerasimov himself, widely used in criminology) 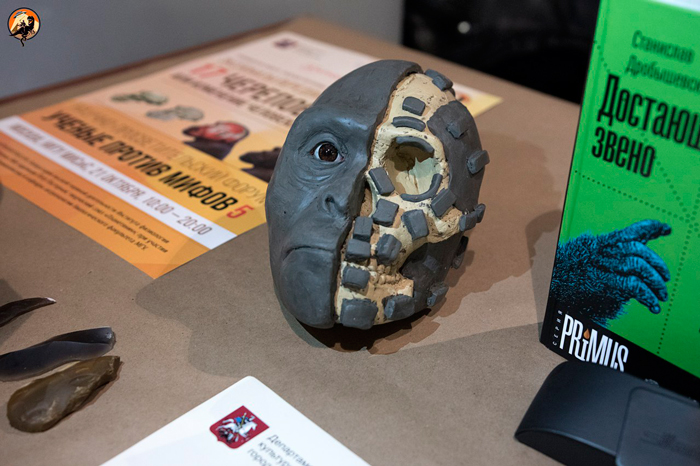 - a hyperrealistic sculpture of Homo naledi by the sculptor-reconstructor Anatoly Alexandrov. You can take pictures! 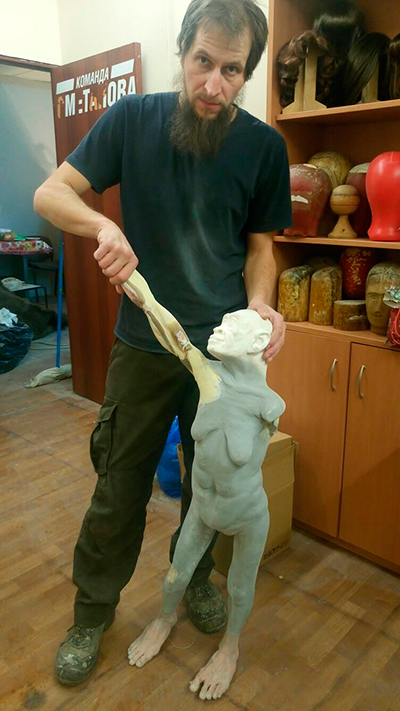 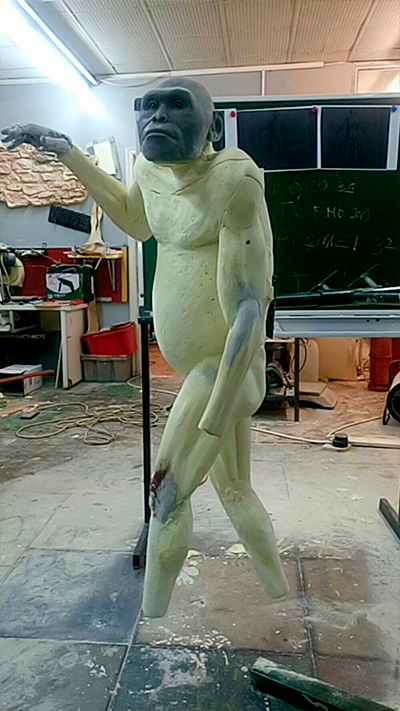 - 3D animated cartoon, recreating several episodes from the life of Homo naledi, created by computer graphics specialist Sergey Krivoplyasov, known for his works for such movies as ("Especially dangerous", "Attraction", "The Legend of Kolovrat" and many other films). 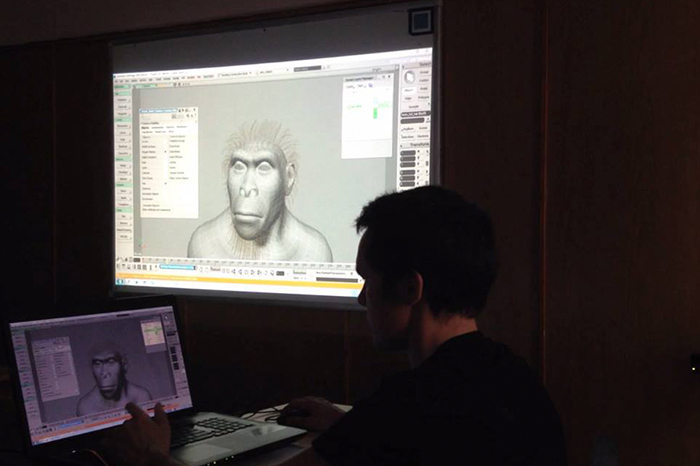 - documentary about the secrets of the work of anthropologists-re-enactors (directed by Nadezhda Pantyulina). 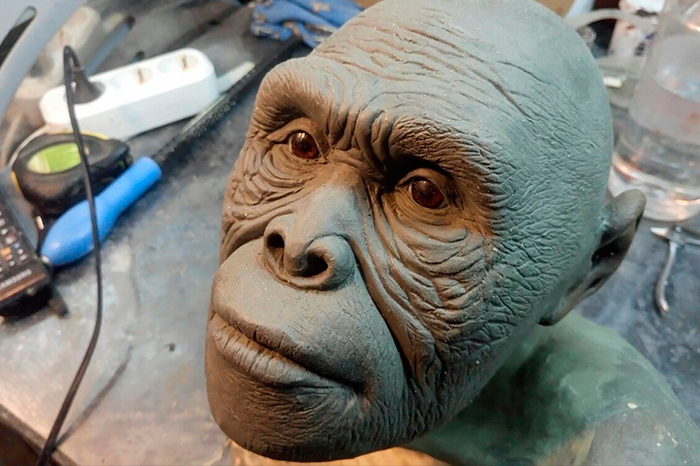 Elizabeth Veselovskaya - the head of the famous Gerasimov's laboratory at the Russian Academy of Sciences will tell about how the appearance of Homo naledi was reconstructed step by step. Specialist in computer graphics Sergey Krivoplyasov will explain how he taught the ancient hominid to walk. Stanislav Drobyshevsky - popular anthropologist, finalist of the "Enlightenment" award will introduce you to the changing nature of the evolution of a man in the light of new discoveries. 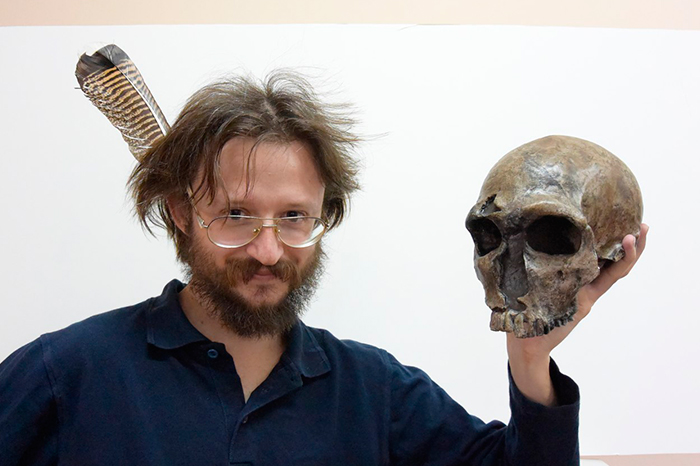 Nadezhda Pantyulina - director of the exhibition "How to evolve into people" (State Biology Museum named after K.A. Timiryazev and ANTROPOGENEZ.RU) will present new unique exhibits: sculls of human ancestors' and will tell about the development of the project. 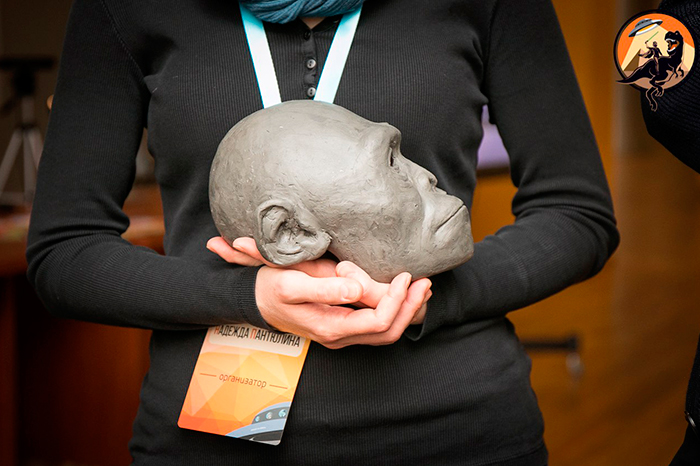 Event will start on 3 p.m.
In order to register for the event, please fill in the form:

Project is implemented due to financial help of private person.